What does a successful audition tape sound like? It's not as perfect as you think.

Submission deadlines approaching! So many applications to fill out and pay for. So many excerpts to record. How do you know if you're sending in a tape that the folks reviewing will like? Unfortunately, you don't know that. You can only guess. But, hopefully, I can help you out a little bit with this post. I'm going to share a few things to consider while recording audition tapes for summer festivals and a successful (yet imperfect) tape I submitted to the Aspen Music Festival in 2011. The goal is to take a tiny fraction of anxiety away from what is an intense, anxiety-inducing process. The idea of posting my audition tapes for everyone to see would have been difficult for me at the beginning of the decade, but I think there's a lot of good that can come of it for folks who are going through the process now.

More thoughts below, but to quote a Tripod song referencing the King Kong movie with Jack Black in it, I wanted to "get to the f***ing monkey".

This tape is riddled with imperfections. The first note of Rite of Spring sounds like I articulated it with a baseball bat. As a lullaby, the berceuse from Firebird is as effective as a smoke detector strapped to a jackhammer. The double tonguing on the consecutive Ds in Marriage of Figaro might as well be two different pitches entirely. BUT, it worked and got me into Aspen for the 2011 season.

Before I leave you, I want to offer some thoughts that have come from former teachers and my own experience over the past decade regarding submitting audition tapes.

What are you in control of? What is out of your hands?

[This advice comes from conversations with Karla Eckholm, my teacher at Eastern Music Festival for a summer]

When submitting a tape, it's easy to get bogged down focusing on the things that are subjective: phrasing, tone quality, what type of nachschlag you use in the Mozart concerto, etc. You can't control who reviews your tape or their opinions and musical tastes. Instead, it's more beneficial to focus on objective qualities of musicianship that you can control: pitch, rhythmic stability, note accuracy, and consistency (in articulation, vibrato, etc.). This list could be extended, but the main point here is that you give yourself a better chance at a successful application by ensuring that the objective features of music are cleaned up.

Actionable and productive during a recording session.

"Am I actually phrasing this right? Why didn't I take the time to average out the approximate tempo and decibel level of this phrase across the most recent 100 performances of this piece in order to produce a provably agreeable recording?????" (Actual thoughts I've had while recording)

Not actionable or productive during a recording session

Chances are, you will record a slightly above-average tape. 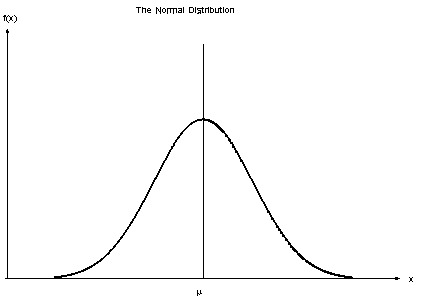 This is something I think about in relation to performances and auditions, but tapes are

slightly different. Statistically, you're most likely going to have an average performance. If you're going in to record an audition tape, you have a few more attempts and can throw out the garbage takes, likely resulting in a slightly above-average tape at the end of the day. Does this graph look familiar? It rears its symmetrical head once again!

With that in mind, your goal in prepping for an audition tape (or performance/live audition, for that matter) should be to make the worst possible performance you can have slightly less bad instead of making the best performance you can have incrementally better. And the way to do that, in my opinion, is to focus on the skeletons in your closet that fit under the category of things you can control (see section above).

[I don't remember who this came from, specifically, but it was great advice for me]

This time of year is stressful and difficult. So hang in there. Future you is proud of you for the work you're doing, while they are sitting in a wading pool eating a pizza.